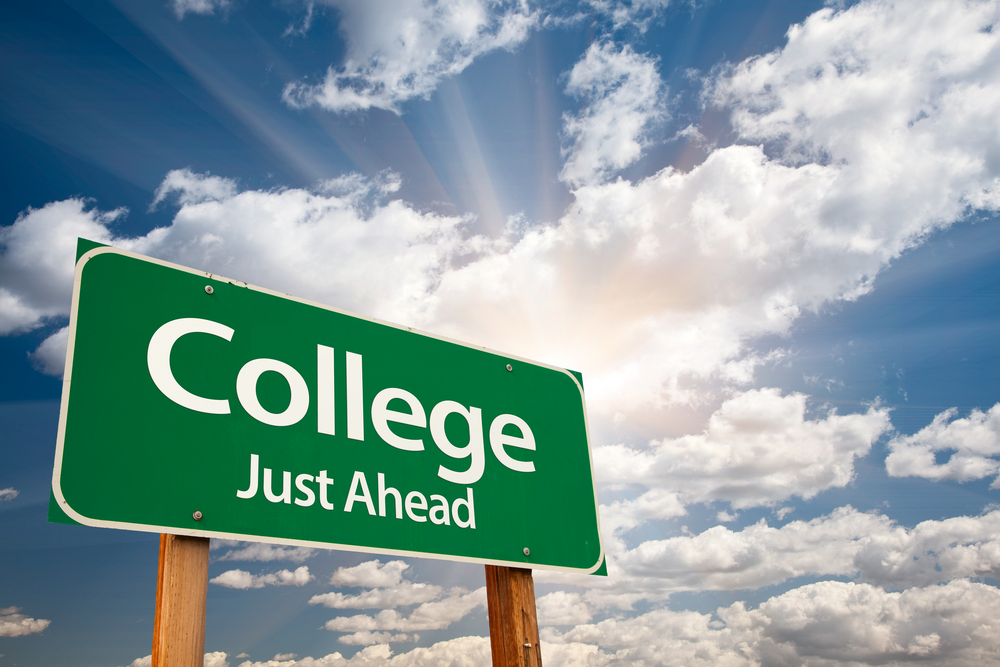 Three years ago I dropped out of Ohio State University. It was the best decision I’ve ever made.

Things started off okay at Ohio State. I had a nice apartment close to campus. My PlayStation had yet to be stolen. The Buckeyes won the Big Ten Championship. All was well in the world.

It wasn’t until the second semester that things went to shit. By then I had pretty much run out of energy. Having somehow passed Calc I, they threw me into Calc II for Engineers. It was like learning how to swim in three feet of water and then being dropped into the ocean and having a pack of sharks sent after me. They smelled blood. But Calc II was just one of many problems. I found it increasingly difficult to motivate myself to do, well, just about anything. I couldn’t seem to get into my classes, procrastination was unavoidable, my mounting workload created so much stress I couldn’t even relax. And to top it all off, I still knew NO ONE. Extraversion wasn’t exactly my strong suit back then. The bottom line is that I was supremely unhappy.

If I’m being honest with myself, I was depressed.

I didn’t know that necessarily. I thought I was just tired, lazy, plagued by ADD, unmotivated, slow, uninterested, dispassionate, inefficient, incapable, inept, lethargic, lackadaisical, apathetic, and so on.

Though it might not seem like it in the moment (and it doesn’t), depression is a good thing. Unless it’s caused by some chemical confusion in your brain (and perhaps ought to be medically remedied), it’s just a part of your body’s normal feedback system. It’s your brain’s way of saying, “Dude, what we’re doing right now… This ain’t working for me. And unless you want to end up like Ernest Hemingway, something’s gotta change.”

So, I listened. Anything I didn’t like doing, I simply stopped doing. I stopped going to classes I thought were bullshit. I stopped doing homework that felt like a waste of time. I stopped studying for tests I probably wouldn’t show up for anyway. And I gotta tell you, I felt free.

As you can imagine, my grades started to slip and I ended up failing two classes for the first time in my life. In the past, earning anything less than an A would have left me feeling anxious and guilty. Like I hadn’t tried hard enough. But now? Now I felt great. Like a tremendous weight had been lifted off my shoulders. And as soon as it was gone, some of my energy returned.

I know to some that might sound like giving up. And that’s what I was doing, I was giving up. But I was giving up on something I never cared about in the first place. I had no idea why I was at Ohio State, why I was majoring in Computer Engineering, why I was in college at all. I was simply doing what I was “supposed” to do and making myself miserable in the process. Not to mention the massive amount of debt I was incurring.

At this point I had two options. I could switch my major to something I had a greater interest in (i.e. easier), or I could drop out. There was no way I could justify borrowing $160 thousand dollars for a degree in Political Science, so I chose the latter.

As you can imagine, people (parents) were none too pleased with my decision. They thought I was being foolish. I told them not to worry, that some of the world’s most successful people dropped out of college–Steve Jobs, Bill Gates, Oprah, and so on. And they all came back with the same pre-programmed response: “That’s great, but you are not Steve Jobs!”

And they were right. I’m not Steve Jobs. Neither are you. Steve Jobs could be a prick at times, so that’s not necessarily a bad thing. What they failed to consider though is that when Steve Jobs dropped out of college, he wasn’t the Steve Jobs either. He was just some guy studying fonts and mooching food from Hare Krishna temples. Not exactly your ideal role model.

Besides, my point wasn’t that I was going to be the next Steve Jobs. My point was that you can be successful–wildly successful–without a college degree. And furthermore, that a college degree itself is no guarantee of success–not in any meaningful sense. Sure, it might guarantee you a higher baseline income, but how many people graduate from college, find a nice, cozy job, work their way slowly up the corporate ladder, and then hit 40 realizing how profoundly dissatisfied they are with their lives?

In any case, if you drop out of college, it’s important to have a plan. This was my plan: I figured that if I followed Tim’s advice, soon enough I’d have my very own penthouse in NYC, a New York Times Best Seller, and more cash than anyone could ever fit under a mattress. Believe it or not, that didn’t happen. My first venture–a self-help program terribly titled the “Principles of Action”–was a total flop. No surprises there. So, for six months I delivered pizzas for Hungry Howie’s–famous of their signature flavored crust. The important thing about delivering pizzas is that it was a mindless job, i.e. I still had all of my energy left over to spend on things that actually mattered. This led to my second venture, a dog care business called Call of the Wild. 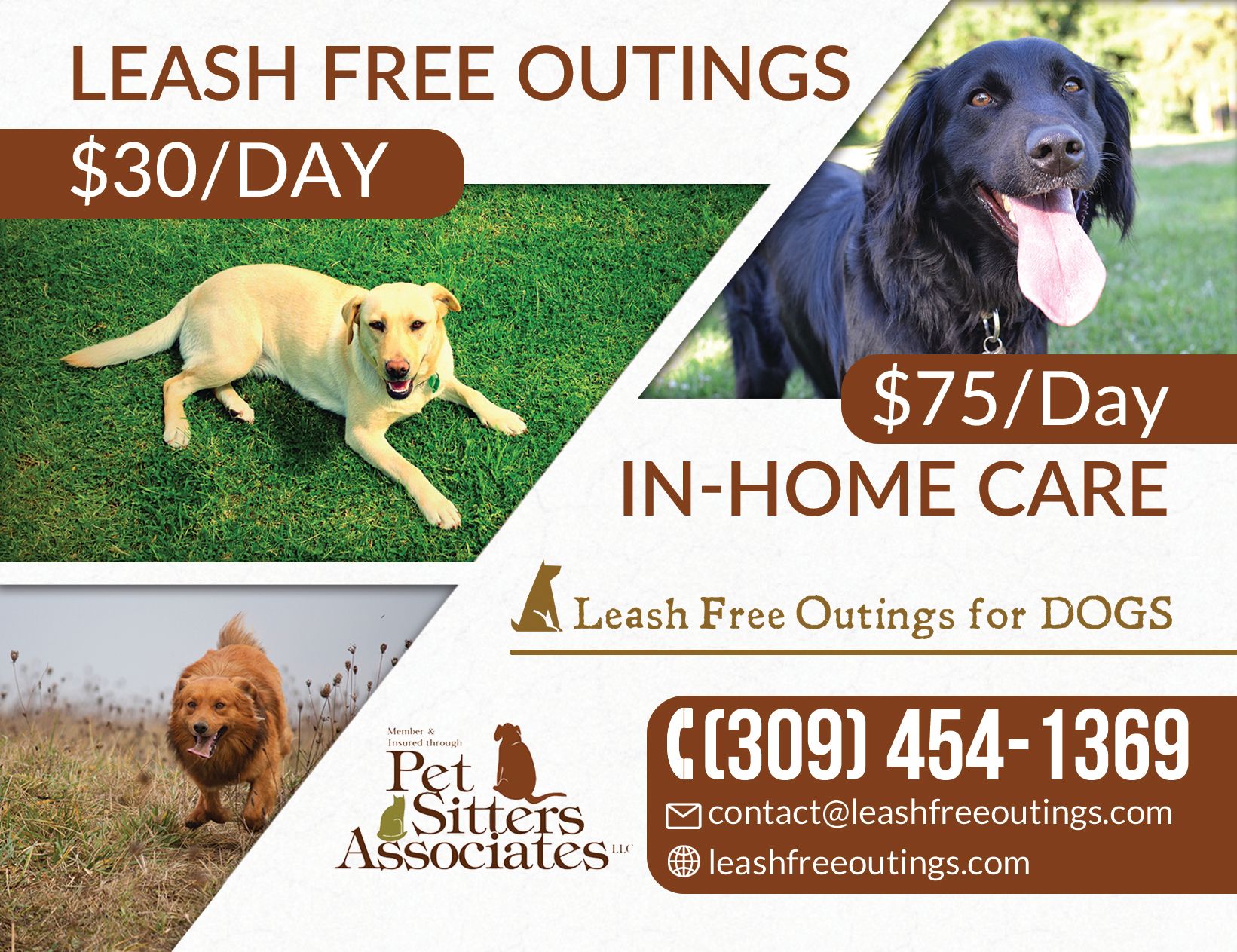 Fast forward a few months and I found myself in Seattle, Washington with a handful of clients paying me around $1000/month to care for their dogs. It’s also worth noting that I was working around 10 hours a week, putting my hourly rate at a decent $25/hour–and all I was doing was playing with beautiful dogs all day! Not only that, but the business was beautifully scalable. Every new client increased revenue without increasing the time investment. But, despite the success of the dog business, I was being called away to a place I knew I wanted to be: New York City. It’s hard to explain my affection for that place, but I feel at home when I’m there. So, I did what any reasonable person would do. I referred my clients to another business, sold my car, and bought a one-way ticket to New York City.

The first company I interviewed with in NYC was the one I’d end up spending the next year working for–Oxfam, a global NGO whose mission is to eradicate extreme poverty around the globe. And what, you ask, was this shy kid from Normal, Illinois doing for Oxfam? Canvassing, i.e. harassing people on the streets of New York relentlessly until they agreed to give me their credit cards. It was one of the most fun, fulfilling, and growth-inducing jobs I may ever have.

To briefly summarize the two years after I dropped out of college: I travelled 30,000 miles, wrote the first 15,000 words of a novel, started a successful dog care business, saw Mumford & Sons at Bonnarroo, climbed a mountain (almost died), started a YouTube channel (now with 1.7 million views), moved to Seattle, moved to New York City, raised money for Oxfam, met some of my closest friends, was promoted to Team Leader, was promoted to Senior Team Leader, and took my first ever business trip (i.e. free travel) to Los Angelas. Let me tell you, it feels pretty good digging your feet into the warm sand of Santa Monica Beach.

I don’t say any of this to brag. I’m saying it because if a depressed, introverted, debt-ridden ginger can drop out of college and somehow find his way to one of the most expensive cities on the planet, making a living by charming strangers on the street, you can too. I mean, maybe you don’t want to do that exactly. You probably have your own passions you want to follow. And you should follow them. Whatever it takes. And you may not even need college to do that. Seriously ask yourself that. Ask yourself: Am I going to college because I want to, or because I’m supposed to?

Now, it’s important to note that I’ve since returned to college. Right now I’m finishing up my last semester at the City College of New York. Not only that, but I love City College. Decades from now I’ll still be a proud alum.

I know that might seem hypocritical, given the the all-caps title of this post. But my point isn’t that you shouldn’t go to college. It’s that you don’t need to go to college. College is just a tool. And depending on where you are and what you want to do with your life, maybe it’s the right tool. And maybe it’s not. Don’t do what I did. Don’t go to college because you’re “supposed” to. Go to college if it makes sense for you. There are infinite ways to carve out a path in this world, and college it just one of them.

Now for a pros and cons list of sorts…

Why College is Great

Freedom. Whether people want to admit it or not, most majors are hardly rigorous. If you are a communications major, odds are you’re going to have a lot of free time on your hands. Most college students use that time to drink or party or whatever. But, if you use that time to read or write or pursue whatever it is you’re passionate about, you can graduate from college leaps and bounds ahead of everyone else.

Stalling. Most people don’t know what they want to do with their lives. College buys you some time and allows you to explore a variety of interests. Bear in mind that learning about a career and actually working in that field are two completely different things. College is no substitute for practical experience.

Opportunities. Because society has completely bought into the idea of college, special opportunities are afforded to students. If you take advantage of these opportunities–study abroad programs, once-in-a-lifetime internships, powerful networking scholarships (e.g. Rhodes or Truman)–you can maximize your college experience and make it worthwhile.

Why College is Bad

Debt. Here in the states, college tends to come bundled with a nice mountain of debt. Debt is a freedom killer. Avoid it at all costs.

Bullshit. If you go to college, you are going to endure a lot of bullshit. You will take classes that are meaningless to you and to the world. You will do homework that is a complete waste of time. And you will have professors that make you want to duct tape a pillow around your head either to sleep or suffocate–both would be preferable to their lecturing.

Waste of Time. Unfortunately, most students dedicate half their time to drinking and the other half to learning about a field they’ll never work in. The end result is having spent four years to earn a piece of paper you’ll frame and maybe hang on a wall so everyone knows how smart you are. Not exactly what I’d call a great return on investment.

Not Practical. This may seem counterintuitive, given that college is often viewed as the most pragmatic thing anyone can do. But there are a few key things that make college impractical. (1) College curriculums are often outdated simply because they can’t keep up with our rapidly changing world. This is especially in a field like computer engineering. (2) Most college students don’t end up working in whatever field they major in. If you truly do want to work in that field, maybe college isn’t your best bet. (3) Again, college is no substitute for actual work experience. Studying political science will not make you a great politician. Far from it. Only certain fields, predominantly those with a research focus, is what you do in school comparable to what you do out of school.